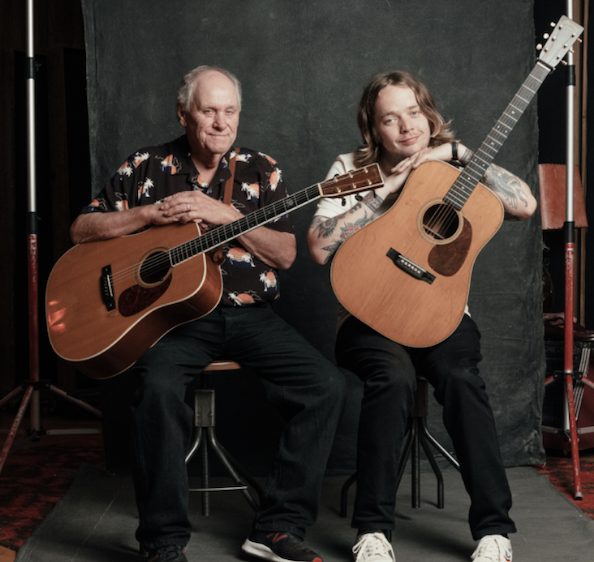 Few artists have stuck to their specific brand of music as much as Billy Strings. Born in the early 90’s, his father died when he was two of a heroin overdose. Billy Strings’ mother would remarry, marrying Terry Barber, an accomplished amateur bluegrass musician. Strings credits Barber as his father, saying he’s the one who raised him.

Strings got his musical break in 2012 when mandolinist Don Julin asked a young Billy to accompany him for a series of shows. They would go on to be musical partners for four years. In 2017 Rolling Stone magazine named Strings one of the Top Ten New Country Artists to Know, and published another article promoting him in 2018 when he announced a touring series. From there Strings hasn’t looked back, touring, releasing albums, and playing festivals.

His newest album, Me / And / Dad, is an homage and collaboration with Terry Barber, his step-dad, though Strings considers him his father. Across the 14 track album, the two offer their takes on old-time songs they love the best, alongside a back up band. Long Journey Home is the first track on the album, and the first single. The song opens up with a classic, if not comforting, banjo. As the rest of the instruments come in, it settles into an immediate groove. The song features guitar as a rhythm instrument throughout, with banjo underneath. Strings still finds time for his famous guitar solos, showing off with blisteringly fast runs.

Strings and Barber harmonize on the chorus, telling the story of a young person who’s lost everything and is trying to make it home. A story with similarities to the prodigal son, the speaker reminisces of the people waiting for them at home. They’re pretty down on their luck, but they know that people are waiting for them at home, so to home they travel.

The simple lyrics make it catchy and relatable, and no matter if you’re a bluegrass fan or not, this song will get stuck in your head and make you tap your feet. Enjoy.