Girl Named Tom at The Globe 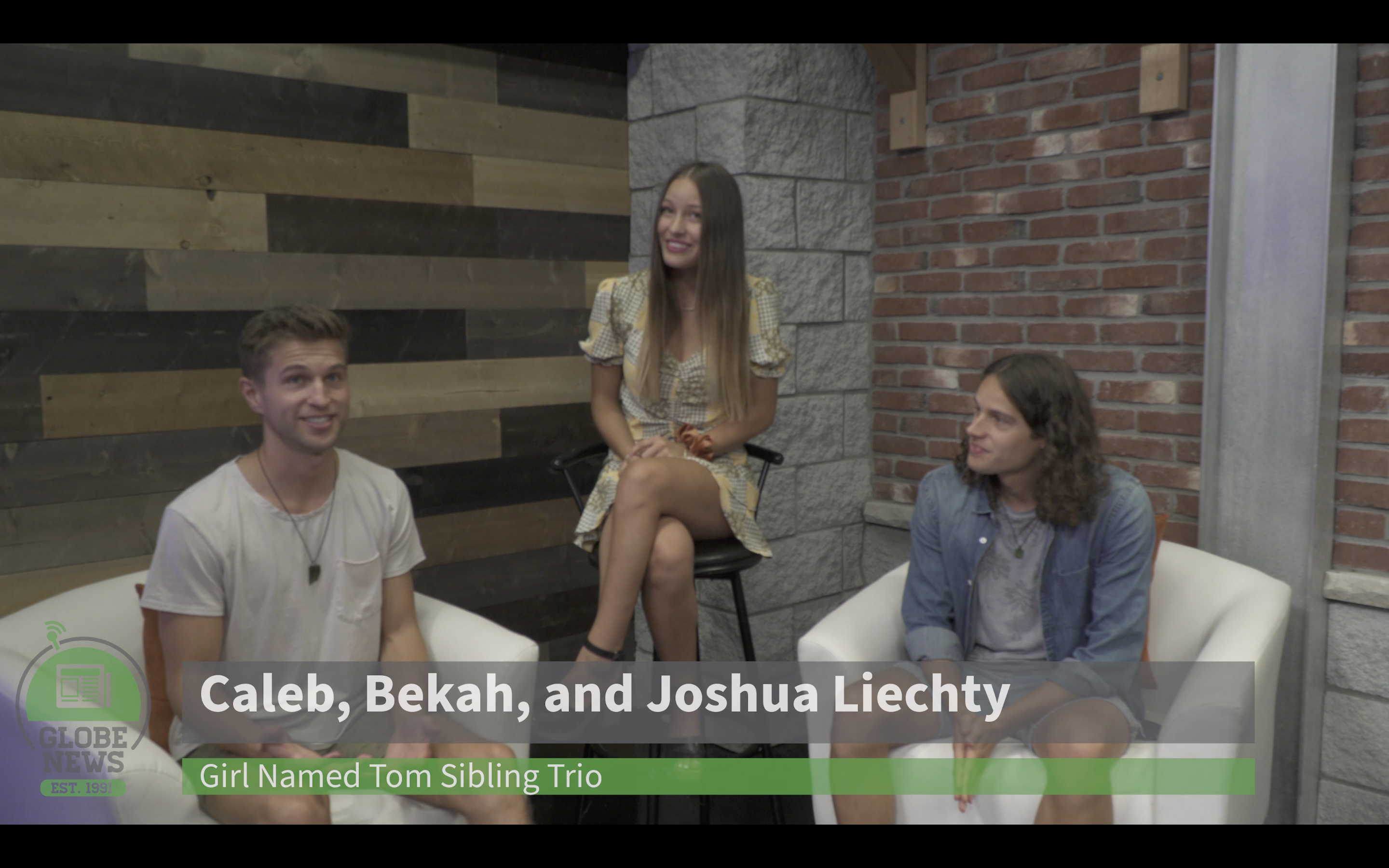 Girl Named Tom, a sibling trio from Ohio, recently appeared on NBCs The Voice and performed at Goshen College. Globe News caught up with the band in our studio. They gave us a little insight on how it all started.

“The sibling group started when our mom suggested the idea. None of us, for some reason, had thought of the idea before. We have all sang and done music on our own all our lives. In 2018, mom had the idea, ‘why don’t you do it together, drive around the country.’ So, we did, and it turned into a lot more than a gap year, which was her original idea,” Caleb said.

Their name, Girl Named Tom, is one that needs some explaining.

“So our name is very strange, Girl Named Tom, definitely makes people think twice. But, it all originated when Bekah was a baby and I had the silly idea to call her Thomas instead of Bekah. But yeah, we are just bringing back that old nickname and we feel like it represents us pretty well,” Joshua said.

COVID changed a lot of plans, Girl Named Tom, took the time to focus on their music.

“Well the pandemic really gave us a chance to focus on our music. Why are we singing, Whats, you know, what is the purpose behind all of it. And so writing our own music, taking that time to really feel what we have been given with and what we want to tell the world with our music. There was a silver lining with the pandemic there,” Bekah said.

With their recent debut on the voice, Girl Named Tom is thankful for the opportunity.

“It’s amazing that we have gotten national exposure due to the voice. Every musician wants to get their music in as many ears as possible and touch as many lives as possible and we really feel like what we have is special. We want to make the most of what we can, obviously, with our time on earth,” Bekah said.

“We really hope that the people who follow us on this journey will stick around when we release our own albums. Because that is the stuff that really fulfills us and we hope that it has an impact on people’s lives as well,” Joshua said.