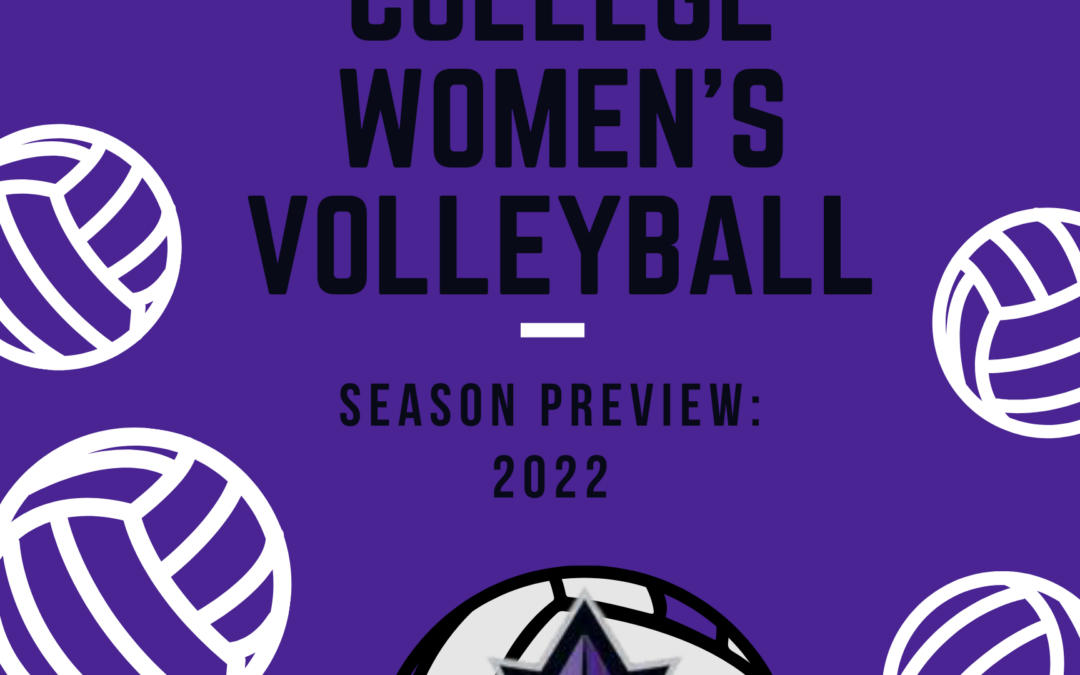 We at Globe Sports plan to expand our coverage this season to bring you, the listener/viewer, the best possible experience at a professional level.

Below is a part one of a multi-article series that gives a preview of each Goshen College team, beginning here with the Goshen women’s volleyball team.

In 2020, the Goshen College women’s volleyball team won a total of just one single set. The one set win came at home against Huntington University on November 4th, in what ended as a 3-1 loss.

Due to a COVID-shortened season, the Maple Leafs were left with few opportunities to turn their season around, finishing 0-15 overall, with all games being played against Crossroads League opponents.

The 2021 season saw the Maple Leafs pull a 180, improving their record and statistics across the board.

Goshen started by earning their first game-win since November 1st of 2019, beating Calumet St. Joseph 3-1, and finished with an overall record of 4-32.

On top of the record-increase, the Leafs won at least one set in 11 games.

Globe Sports spoke with head coach of the Maple Leafs, Kourtney Crawford, who enters her fourth season as head coach, to learn what the mindset of the team is as the new season approaches.

That interview is attached below:

1.) What activities does the team participate in during the off-season?

Due to the NAIA rule of 24 weeks, there isn’t much that we can do together as a team. A lot of them work in the off-season and Coach Jim, our strength & conditioning coach, has daily workouts for them to complete. We also put on a summer league for local high schools in Goshen to compete in June. This summer we have a cool opportunity to travel to some high schools in Indiana and put on camps as well.

2.) How do you feel about the incoming freshman class and their abilities?

I’m absolutely pumped for the incoming freshman! They are a bunch of grinders who are willing to put in the work to elevate their game. That will be wonderful for our program.

3.) Which players from last year’s roster are you looking forward to working with the most this year?

Honestly, all of them! They all bring something totally different to our program that will be so great to see them out of that “newbie” role. They all have a chip on their shoulder to be better than they were in the previous years and to not be known as ‘just Goshen women’s volleyball’. I think especially, Jaelyn Amhdar, Sadie Brenneman, and Emily Lynch have a lot to prove. They made honorable-mention last year with the less than perfect record we achieved. I have been in communication with them and have told them that, that should be the minimum, aiming higher is the expectation.

4.) Who are you looking for this upcoming season to step into or further their leadership role?

At the end of season last year the returners and I had a long talk about what we wanted out of the future. I said I would love to see more leadership. That didn’t necessarily mean having multiple captains or having no captains at all. They all agreed to be “in charge” of different things in our program. They know that they are young women and want to be treated as such, so they know that leadership must start within. Sadie, Jaelyn, and Gwyn Bellamy were just named captains and from the looks of it in our group chat, they are fully embracing this role, immediately.

5.) What is the team mantra or motto to the season, and what’s the significance behind it?

So I’ve been reading religiously this summer and I was reading a book and the title of the section of beat yesterday. It started with a quote from the famous Coach K (Mike Krzyzewski) and it said “If what you did yesterday still looks big to you, you haven’t done much today.” Then proceeds to say “The saying, “beat yesterday,” is a simple challenge to compete against yourself. The highest form of competition is self-competition. Your competition isn’t others, it’s you yesterday. The only person you should compare yourself to is the person you were the day before. Constantly work to better yourself. Keep raising your standards. Keep getting better. Keep beating yesterday.” So in short the mantra is “beat yesterday” We must strive to be better than we were yesterday.

6.) Do you feel confident with your schedule that this team will see improvement in 2022 and why?

Yes I do! Not because of our schedule but because of the players mindset and the culture shift we are making.

Goshen College women’s volleyball opens up their season on Saturday, August 13th in a home scrimmage against the University of Northwestern Ohio Racers (8-27 in 2021).

The first four opponents of the Maple Leafs season all finished below .500 in 2021.