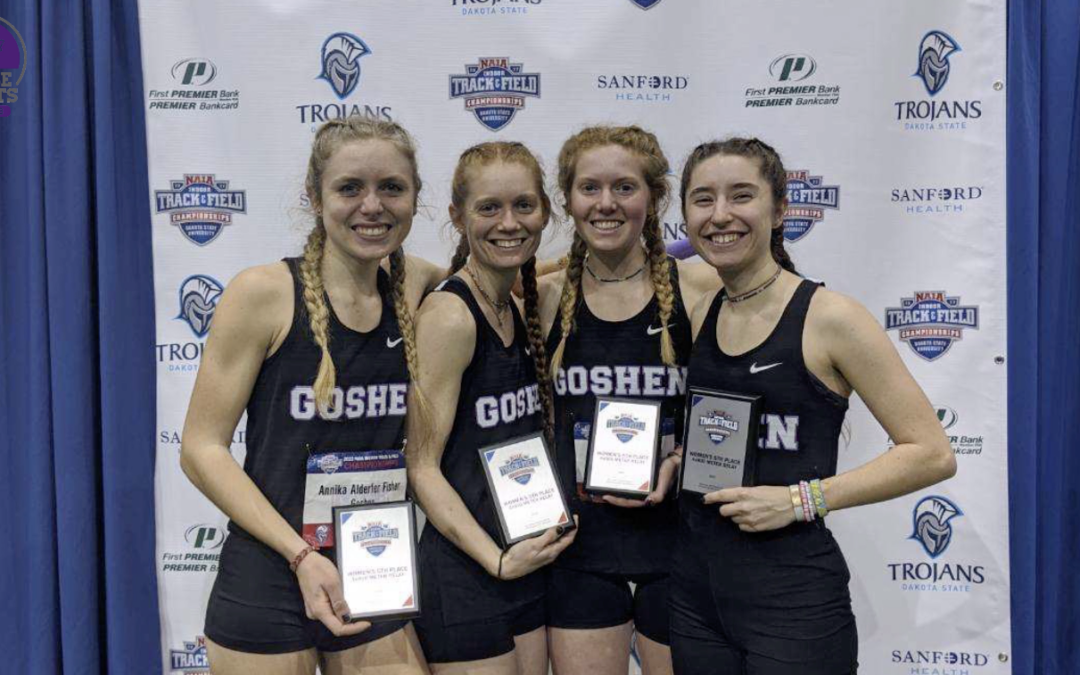 The Goshen College Indoor Track season came to a close this past weekend, and it went out with a bang for a GC women’s squad that shattered records, and garnered two well-deserved All-American nods.

The first comes from Annika Fisher, a sophomore, who not only achieved All-American status in the mile run with her time of 5:01.92, but also broke the program record, which had been held since 2007.

Originally, the goal for Fisher was simply to make it back to nationals this season after a group All-American effort in 2021. But once Fisher got to the finals, she made her individual All-American dreams a reality.

Fisher was also part of the 4X800 meter relay group that earned a fifth place finish throughout the entire NAIA. This group was composed of Fisher, Naomi Ross Richer, Summer Cooper, and Mia Wellington.

Fisher, Ross Richer, and Cooper were a part of the same relay team that placed eighth in the NAIA in 2021.

The Globe Sports crew sits down with Annika Fisher, as well as her head coach, Rustin Nyce to discuss their feelings on the finals, how well the team works together as a group, and finally, the quick turnaround that the Maple Leafs now face heading into the outdoor track season later this month.