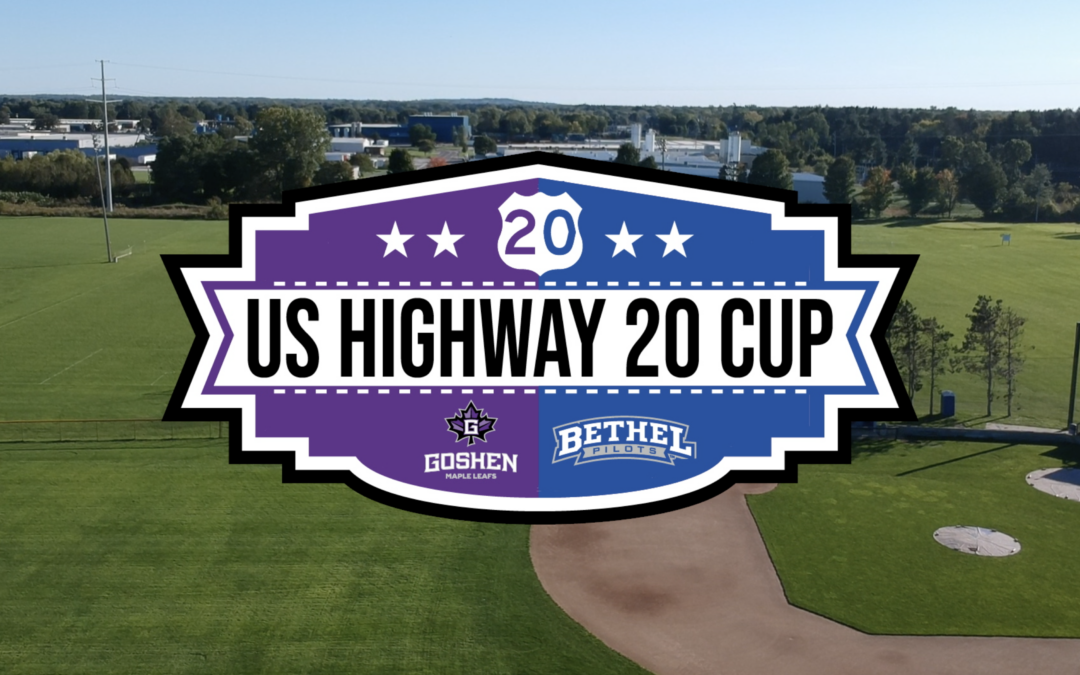 The rivalry between Goshen College and Bethel University became official in 2019 with the creation of the US Highway 20 Cup. Named for the highway that stretches from Goshen’s campus to Bethel’s campus in Mishawaka, the Cup seeks to make official what is already a long standing rivalry. The two schools are already conference opponents in the Crossroads League, but with only a marathon separating them the rivalry between Goshen and Bethel has outgrown its unofficial infancy. Points are awarded to either school for getting wins over the other in each sport. At the end of the year whoever has the most points wins the Cup. Although relatively new, the Cup has received praise for the added impact it puts on the games. Having something tangible to play for makes already intense matchups against Bethel even more so. Due to its creation right before the pandemic, the Cup has not been as advertised as planned. As we begin to go back to normal, the US Highway 20 Cup looks to play a bigger role in Goshen College and Bethel University athletics.