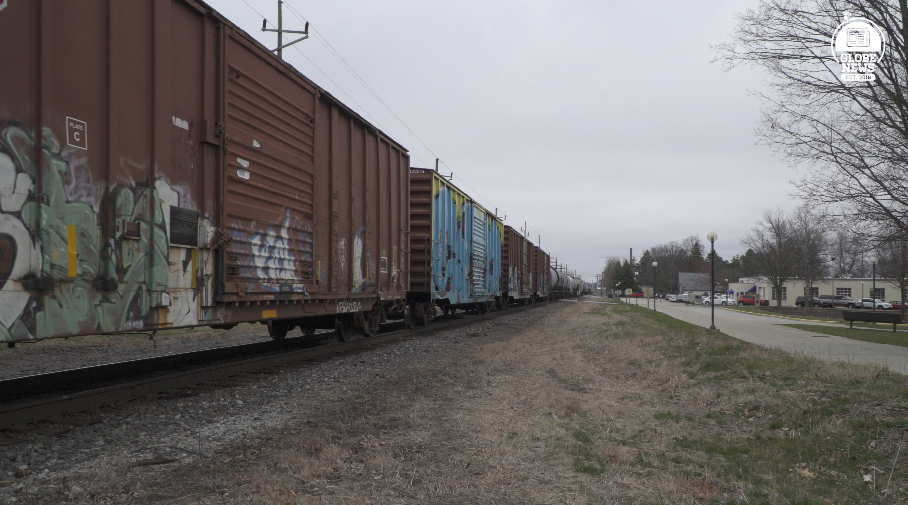 Train congestion has increased in Goshen as of recently, and community members have been feeling its adverse effects. Often the train is stopped for long periods of time, causing severe traffic congestion right in the middle of town. Councilman Gilberto Perez Jr. gave comments about the letter of grievances that was drafted to Norfolk Southern. The letter was signed by; Mayor Jeremy Stutsman, Elkhart County Sheriff Jeffrey Siegel, Chief of Goshen Police Jose Miller, and Chief of Goshen Fire Department Danny Sink. The letter which was sent to the Norfolk Southern Board of Directors, was very clear about the issues regarding the stopped train containing phrases such as, “the City of Goshen was held hostage by stopped trains for nearly three hours,” and that “blocked crossings paralyze the traffic flow in the City of Goshen.” Not only did they cite blocked traffic as an issue, but also being a hindrance to school buses and emergency vehicles. Community member, Neil Rippey expressed concern that “the hospital is important for people and something like a thirty to an hour long train delay could make a lot of difference. Nurse Breanna Mark stated that, “working at the hospital I know that if there is an ambulance stuck on the other side that’s not great for patient care, patient outcomes. Like I know we now have the overpass on the north side of town and on the south side of town, but those are way out of the way for any type of emergency vehicles trying to get to the hospital. It’s definitely something I think about when I think about my patients in the hospital.” Members of the community are glad that this issue is addressed and hope that long term solutions are found. The Goshen city government called for a meeting with Norfolk Southern, so that this issue can be resolved.