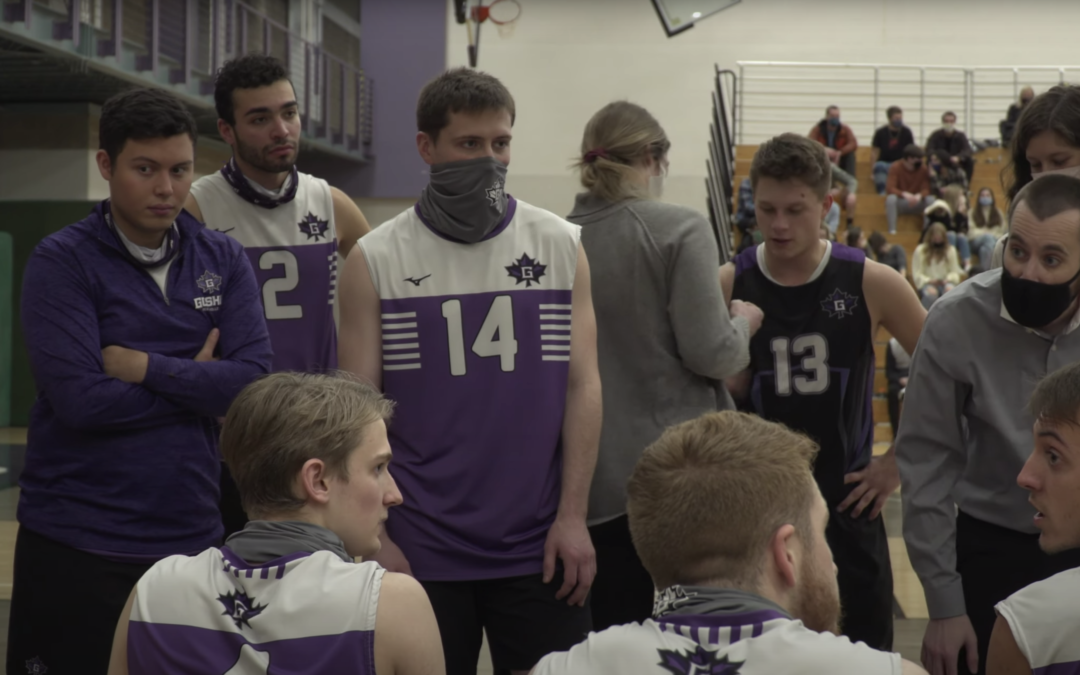 The Men’s Volleyball team is only in its third year as a varsity sport but is already seeing major success as they are ranked one of the top 25 teams in the country. While the program is young they’re not without senior leadership, as the trio of Nick Yutzy, Elias Baer, and Michael Wahl. Baer reflected on what it meant to just be able to play.

“I’d say it’s been a lot of fun,” said Baer. “And like coming into this, it’s not necessarily something I expected. I didn’t really know I was gonna play volleyball. Then I had the chance, and just seeing like from having four games, our first club season to now like traveling every week and having a good team. It’s just been like a lot of fun, but also unexpected.”

Yutzy realized that they needed to build upon the end of last year, and think what they’re seeing on the court is the benefit of the drive to be better.

“Yeah, it’s meant a lot,” said Yutzy. “I think, especially this year, we’ve played a lot of top teams, our conference is really tough. Four or five teams all in the top 15 or receiving votes. So playing at a high level against those teams is a huge accomplishment for us. Obviously, the end goal of making it to Nationals making a deep run in the conference tournament is always on our mind. But I think being competitive each and every game we have is huge for us because we’re playing at such a high level of competition. So seeing that growth of theirs is huge for us.”

Wahl hopes that they can leave a lasting legacy of excellence for the program “Yeah, I think we should,” said Wahl.

“I think for us it’s just kind of like leaving behind that legacy of like the bar has been set. So now we want all these people that do come in after us to be able to try to beat that bar get farther or push past that level. But I think our goal is to set the bar as high as we possibly can this last year to make it hard for people to come in and do that but to push them to want to push it farther.”

The Wolverine Hoosier Athletic Conference Tournament is set for April 2-3.