Return to the Court 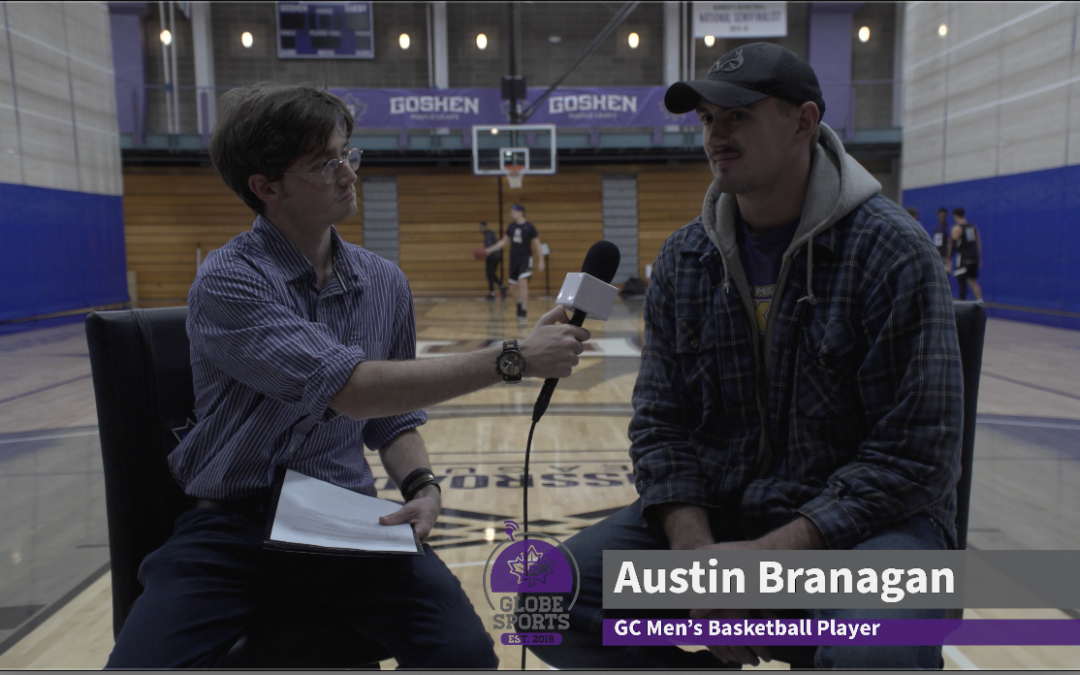 In the midst of the 2020 season, Goshen men’s basketball player Austin Branagan suffered a devastating ACL tear during a game, an injury that cost him the remainder of his season.

Before his injury, Branagan led the team in points with 17.5 per game, and was an instrumental part of the teams success, both on and off of the court.

Now a fifth-year senior, Branagan has returned to the hardwood, and has already begun playing again, despite partially aggravating the injury this past summer.

Sports reporter Dante Stanton was able to sit down and speak with not only Austin himself, but also GC assistant men’s basketball coach Erik Bowen to discuss his road to recovery.

With more than eight months of recovery behind him, Branagan looks to not only garner individual accolades such as an all-conference or even all-american recognition, but also help the Leafs improve as a team, and push them towards the conference tournament.