Renovations Coming to the Goshen Theater Have Changed Slightly 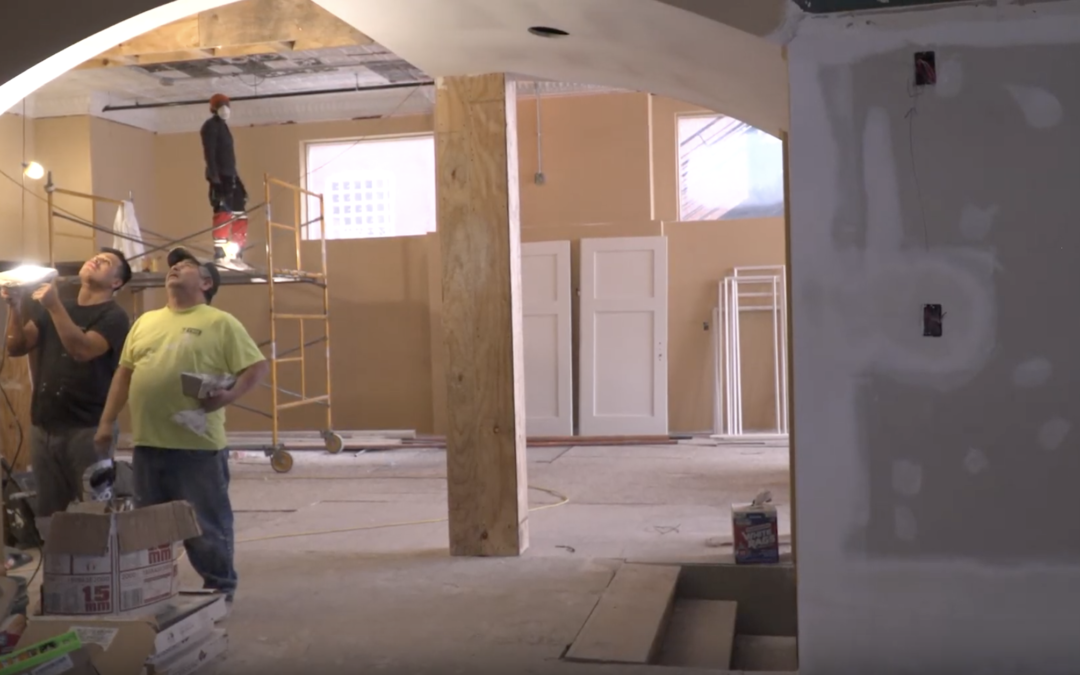 The Goshen Theater in downtown Goshen, Indiana is receiving major renovations for the first time in 113 years. Managing Director, Amber Burgess, spoke on how the renovations are going and what spurred them on in the first place. “The renovations are incredible. They’re going really well. We’ve got crews in here all day, every day, Monday through Friday. And there’s so much work and a diverse amount of like different kinds of people in, all the time doing things from plastering drywall, restoring our tin ceiling, putting in sprinkler system. And that’s just today. So it’s a lot. It’s a lot to keep up with. But it’s amazing to see such hard work and such beautiful work going into restore something that I’m so passionate about.” “Well, the Goshen Theater was built in 1905 burned down in 1906 and then was rebuilt in 1907. Since then, it’s gone through a number of sort of renovations but there are some things that needed attention back in the 1940s. They converted it to a movie theater, and then after that it sort of laid dormant for a little while and then was taken over by a church. Nobody had ever purchased the building that was able to really like restore and revitalize some of the things that were wrong.” Plans have changed slightly in the last few months due to an unexpected donation, Burgess said this about the donation. “A large donor was interested in a particular project in the theater and approached a member of our board about the feasibility of possibly putting in new chairs in the auditorium. It sounds simple to just replace some chairs, but with a building and a venue this old, there’s always more logistical concerns, so we weren’t really going to touch the auditorium. In this phase of renovations. We were really focused on the accessibility issues getting the elevator in getting more bathrooms, renovating the lobby, and they this donor was very passionate about sprucing up the auditorium in a small way sort of as a gift to the ocean so that people could enjoy the venue. We had the Hoping to reopen around April or May. For phase one. The new timeline for the continuing renovations looks like will be reopening around July.” You can connect with the Goshen Theater by going to goshentheater.com.