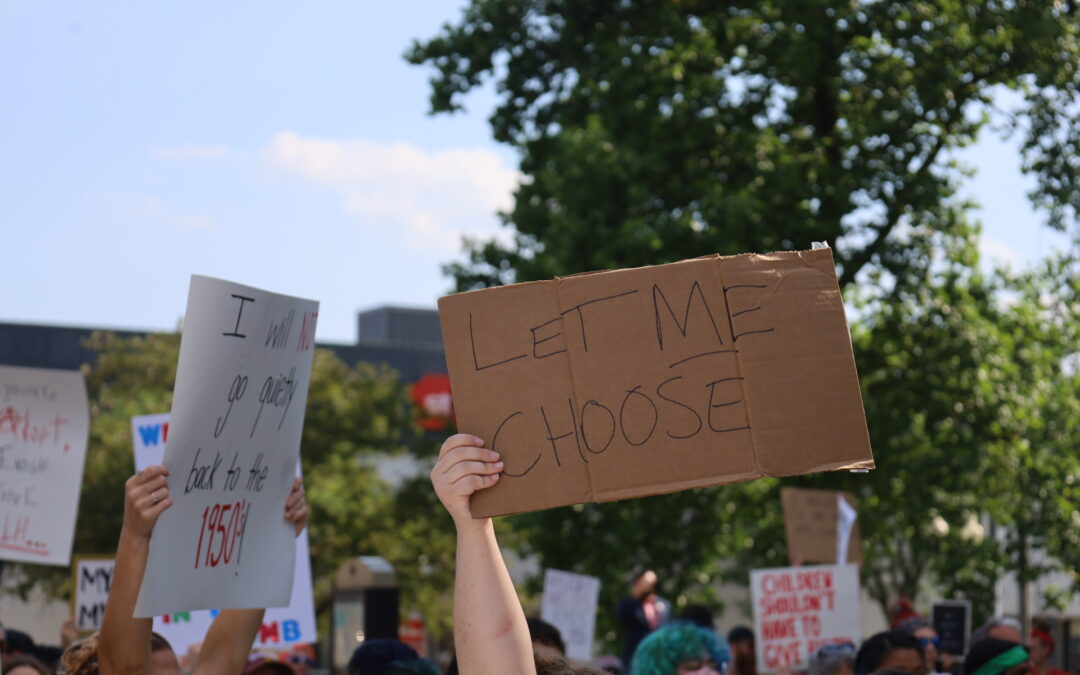 On July 3rd, more than 100 pro-choice protesters gathered outside of the Elkhart County Courthouse in Goshen to protest the overturning of Roe V. Wade (1973).

From school teachers to political candidates, a variety of different protesters came out in support of the movement.

Congressional candidate Paul Steury spoke on on his own initial reaction to the Roe V. Wade decision being overturned, as well as his own choice to attend the protest.

Amanda Qualls, a Goshen native running for the state house, spoke on her own decisions regarding bodily autonomy following a leaked draft of the supreme court’s decision in May, and how she intends to continue her efforts.

91.1 the Globe wishes to present this protest video feature purely from a newsworthy standpoint, and has no political affiliation.