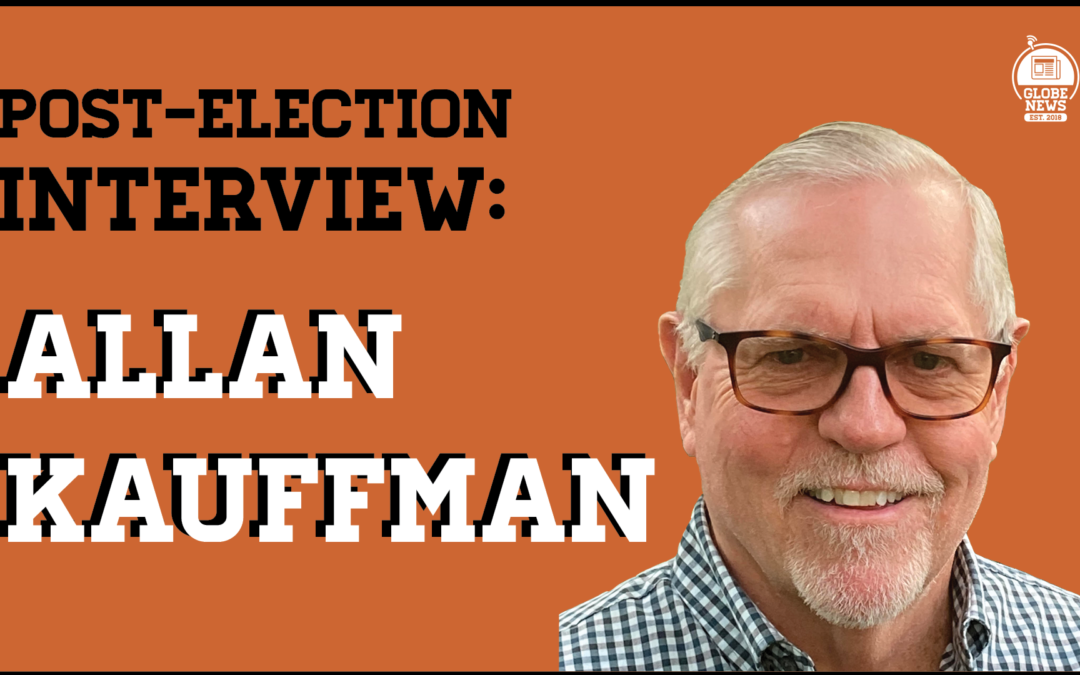 I sat down with Allan Kauffman, former mayor of Goshen, and current Goshen school board member-elect. We talked about what the role of a school board member is and what he hopes to accomplish when he takes office January 1, 2021.

You were formally mayor of Goshen. How do you think that role in public office will help prep you for your new position on the school board?

I think there’s a lot of similarities between municipal finance and school finance. There are different silos in schools than there are in cities. But the mechanism for property taxes and other kind of taxes are very similar. Now, I don’t pretend to know everything about school finance. But I think the parallels are going to allow me to catch on quicker than maybe some other people would be able to.

So talking about finance, what other types of duties or tasks are you going to have?

Well, I think it’d be very similar in some ways to city council, although school boards don’t pass ordinances and things like that. But it’s an overview of the system and a body that consults with the administration and helps develop policies for the schools. But certainly, these are challenging times for public schools. And in addition to all the changes they’re having to make. In addition to that, public schools are under assault by the state legislature and federal government, at least until January the 20th.

So you’re  talking about like them be under assault? Was that a little bit why you wanted this position? Or were there other reasons?

Yeah, it is. Theses are complicated times, and I think with the things I learned about how the Indiana State Legislature works, and how the combination of taxes work, relationships that I’ve built with some legislators. Knowing how the sausage is made down there [is helpful], and that you hope that it tastes good at the end. And relationships and knowing how to appear in front of a committee hearing and, and testify and those kinds of things, I think makes a difference.

What do you hope to accomplish during your time in office on the school board?

So they’re gonna go through some transitions and with the new five, six school opening up. There’s gonna be redistricting and there’s gonna be a lot of issues facing the school board. So some people say, “Why in the world, would you want to be on the school board now?” And I just think the challenges are, the challenges are worth meeting and I think I can do a good job. It’s not so I ran against an incumbent. It’s not that he wasn’t doing the job. You know, it’s just that I kind of wanted to do it. And so I was fortunate enough to get elected.

This interview was edited for clarity.