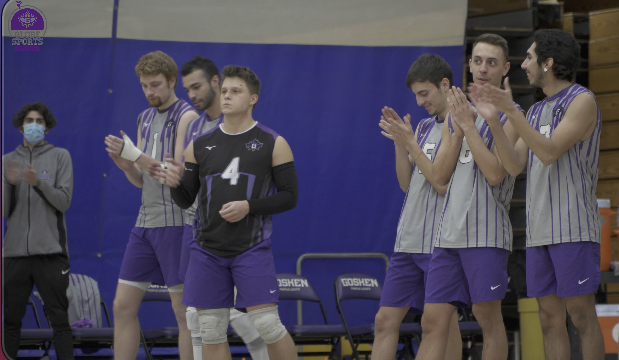 With the men’s volleyball season finally coming to an end we’ve been able to observe and enjoy this team as they’ve achieved the programs highest ever number of wins. The old record for the team sat at 15 and the team has now surpassed that record with 19 at the time of this post.

Lauren Ford, a former professional volleyball player and now current head coach of the men’s volleyball team has had great success in her first season here coaching the Leafs. Her direct and teaching centered approach to the job has been a key component of her achievements with the team.

Micheal Wahl who is a senior sign language major and setter for the team has been an important part of the teams success this season. Wahls importance to the team is shown through his more than 3,000 career assists that he has provided for this team since this program began in 2019.

Wahls importance to the team can be seen even just as much in his work on the court as his work off the court. Wahl is a hard worker and a great teammate that works to lift up and support his teammates.

This team has a number of seniors who have worked to better the group as a whole. Throughout their four years here at the school. The team has been one of the schools most winningest sports programs since its inception with three winning seasons in four years.

To view more on Goshen College and their success this season, visit goleafs.net.

Reporting for Globe Sports this has been Cormac Koop Liechty.