Men’s Tennis Looking To Bounce Back 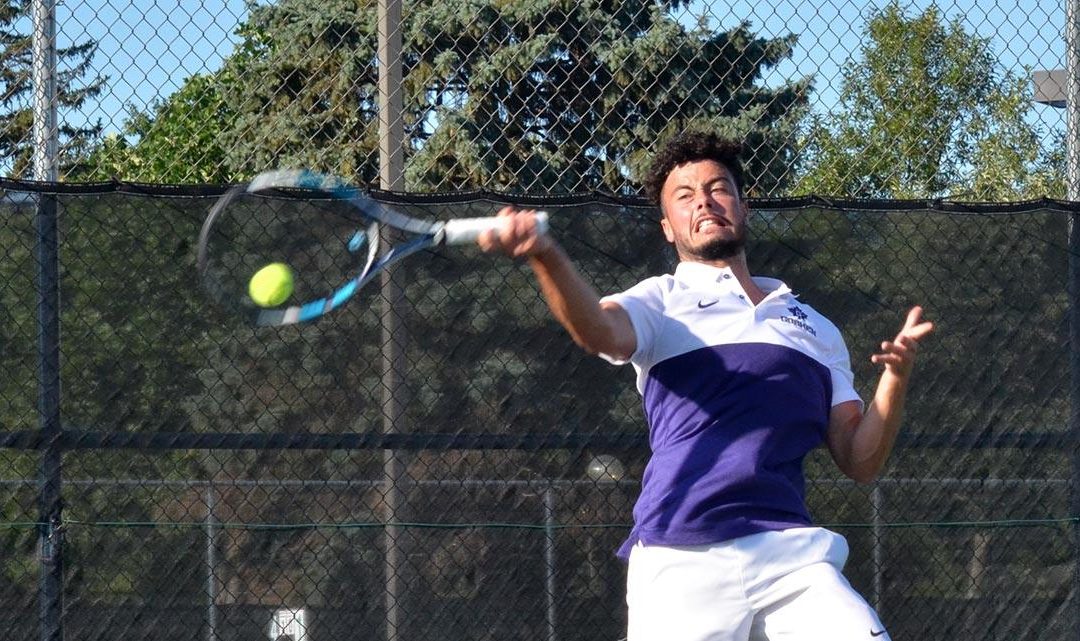 The Goshen College men’s tennis team is nearing the Crossroads League Tournament. After last year’s semi-final loss to Marian, the team is looking to bounce back and go for the conference championship again. Tanner Camp had the chance to interview Evan Atkinson, director of tennis at Goshen, looks back on how the team got off to a rough start, with players having injures in their opening camps and practices not as intense as he would like them. He goes on to say that while they have not won the matches that they should win, “we have the potential to be the most talented team that I’ve had in these four years.”

Evan Beck, a senior member on the tennis team, talks more about how the Crossroads league is the strongest that it has been during his time on the team. While he has been a competitive player during his time, he talks about that his focus for the season is to enjoy his final season and not be too focused on wins and losses. Both Atkinson and Beck have the goal of winning the conference championship. Atkinson thinks that the overall experience that the team has will be an advantage going into the tournament and Beck focuses on looking at one match at a time and not looking ahead of the schedule.

The team will be taking on Huntington University on October 1st at home in the quarterfinals of the Crossroads League Tournament. For more information about the men’s tennis team, you can visit goleafs.net