Mayor Stutsman Steps Out to Join the Street Department 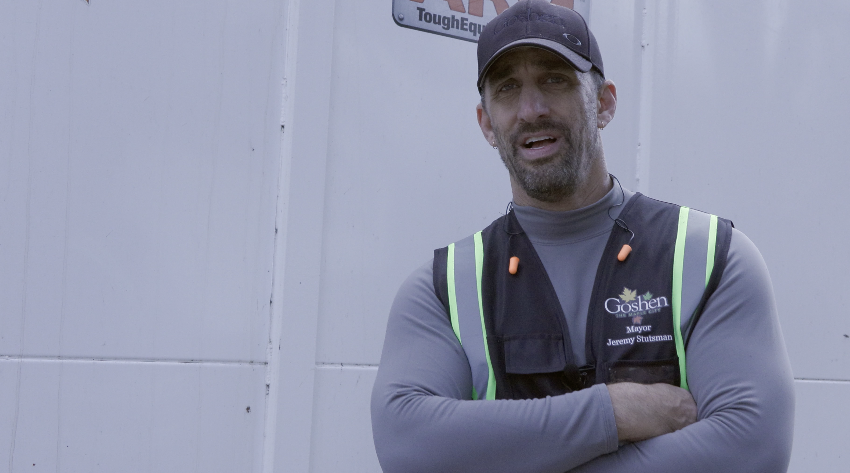 GOSHEN, Ind. — If you noticed a familiar face out working with the Goshen Street Department this past week, you’re not alone; Goshen Mayor Jeremy Stutsman stepped out of his office on Monday and Tuesday to help out the leaf pickup crew.

Due to a few shortages, street department officials sent out a request to all city departments asking for volunteers to help with pickup.

According to the former construction worker, it was a great experience getting out of the office, and it also helped him understand what the street department does day-in and day-out.

Alongside Stutsman, volunteers from five other city departments also stepped up to help the street department, which was able to clear out a large portion of leaves on the ground before the first big snow of the season hit.

Upon asking whether or not Mayor Stutsman would go out into the field with other departments again, his answer was an emphatic yes.