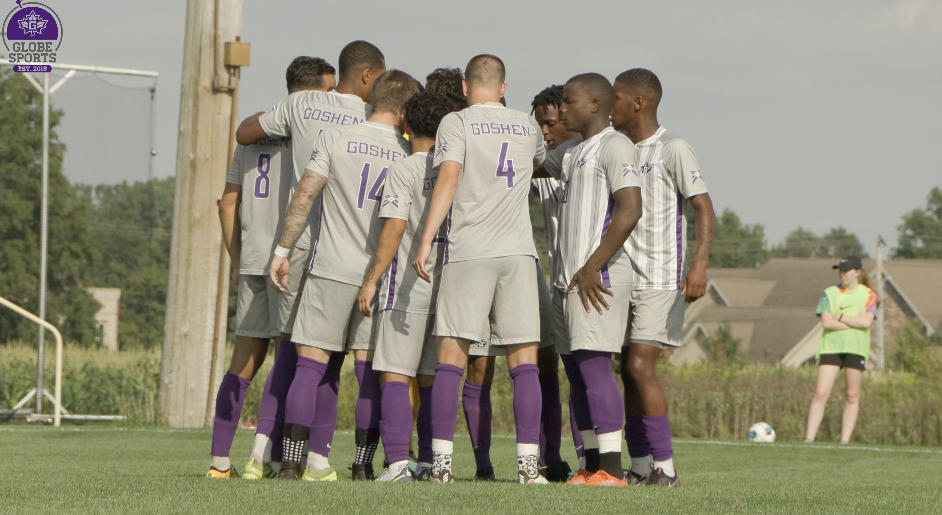 The 2022 men’s soccer team at Goshen College boasts its largest roster since the 2013 season, with 38 rostered players.

Head Coach Victor Newberg believes that the team’s ability to recruit internationally is a big part of the increase in roster size.

“We have a super diverse team and they all feel welcome because the college and our program makes them feel like family the moment they walk on campus,” said Newberg.

The roster size has also been bolstered by the return of several fifth-year seniors who returned to play out their extra year of eligibility granted by COVID-19.

But with a big roster, comes some disadvantages.

In-game minutes are hard to come by, and only the best of the best will see consistent playing time.

But the coaching staff looks to find a way around this; setting up several matches against alumni and other area teams in order to keep players in “game-fit”.

Overall, the advantages of a big roster, outweigh the disadvantages.

“It affects the team in a positive way. I think there’s a lot of mentorship going on right now. The older guys kind of taking in the freshmen and underclassmen under their wings; I think that’s good,” said junior center back Eduardo Curvo.

Player competitiveness is also at an all-time-high as each player looks to stand out in order to get starting minutes.

“Competition just drives everyone to be the best that they can,” said freshman, Eli Simones.

Coach Newberg describes the team as a whole as “A big family tree”; one that has lofty goals of making a run to the Crossroads League Tournament in 2022.