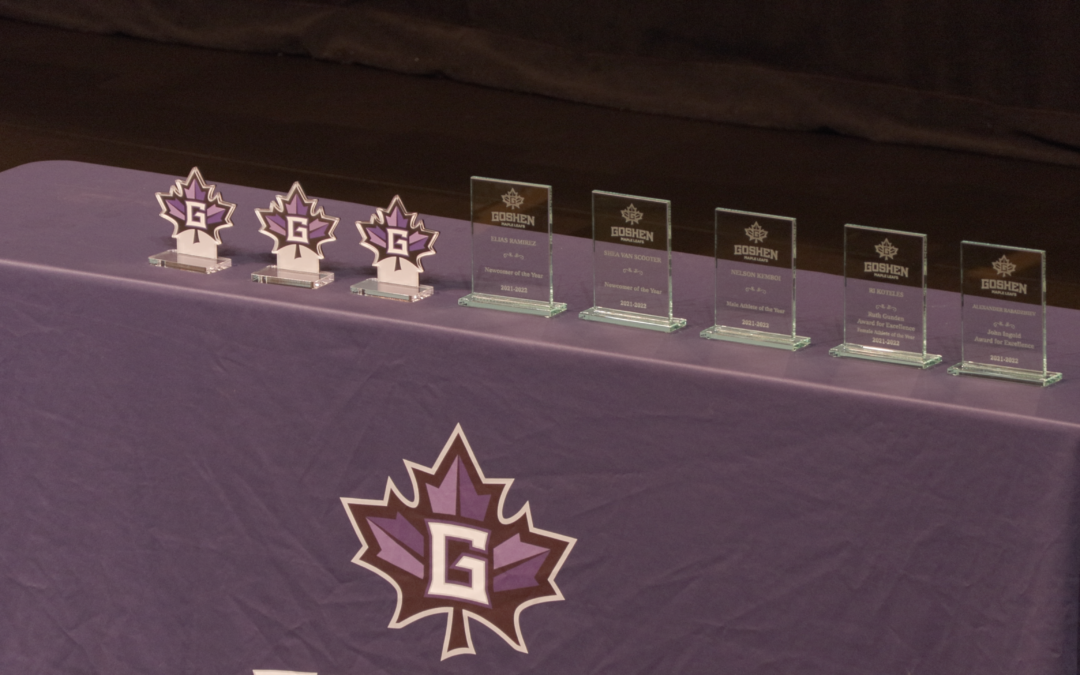 Goshen College student athletes celebrated their 2022 seasons during the Leafys. It happened at the Umble Center, on the campus of Goshen College on Sunday, September 11.

Awards ranged from team to individual, focusing on the athletes on and off the field. Each winner showed an untenable ability to dominate on the court as well as in the classroom, in an academic sense.

Some award recipients included Robert Sanders, the character award, Shea VanScoter, the newcomer award, and Dan the Squirrel man, as the biggest fan.

One 2022 Goshen College graduate, Rianna Koteles, who was a leader of the softball team, took home two Leafys, including the coveted Ruth Gunden Award.

The members of the athletic department are looking forward to their upcoming sports seasons, as well as the 2023 Leafys.