Globe Track of the Week: Justified 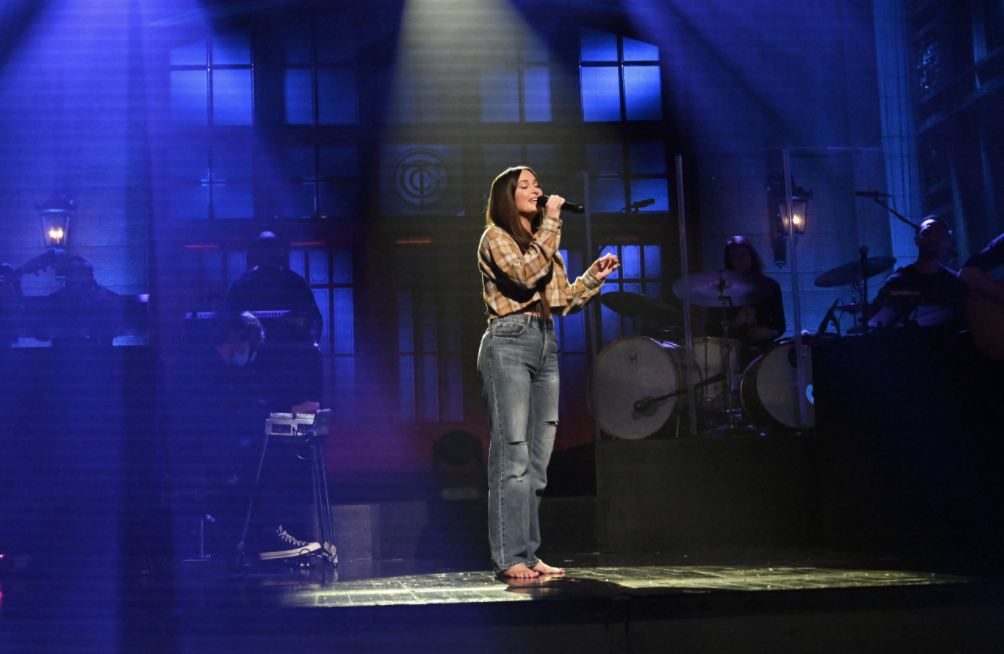 Kacey Musgraves’ song “Justified” had been in heavy rotation on The Globe for about a month, and for good reason. The album, Star-Crossed, which was released in late 2021, was extremely well received, and “Justified,” which she released as a single, climbed the charts peaking at 21 on the US Adult Top 40. “Justified,” even though I’ve heard it a lot, has been one that I’ve never gotten tired of hearing. Musgraves’ voice is smooth, one of the smoothest in music right now, in my opinion. The inspiration behind the songs is very personal, and as a result Musgrave’s voice carries a little extra depth.

Musgrave was inspired to write the entire album by her own journey of heartbreak and healing, following her divorce to Ruston Kelley, another American Singer-Songwriter. She took inspiration from the stories of Romeo and Juliet, among others. She classifies the story as a modern day tragedy. In May of 2021, Musgraves described how she was feeling when she wrote the album, saying “I felt, in many ways, on top of the world in my career, but in my personal life, I felt like I was dying inside. I was crumbling. I was sad. I felt lonely. I felt broken.”

The lyrics in the chorus deal with breakups, and the feelings that come after one. There aren’t many experiences that are more universal. “If I cry just a little, and then laugh in the middle / If I hate you and I love you, and then I change my mind / If I need just a little more time to deal with the fact that you should have treated me right / Then I’m more than just a little justified,” the chorus sings. The empowerment of the lyrics are very real. The idea of owning your feelings, and understanding why you feel that way and admitting that it is okay to feel the way that you do.

In addition to the lyrics, the sound of the song is fantastic. The slide guitar tones give it an almost ethereal feeling. The combination of a simple bass lick and a clean acoustic guitar makes it very easy listening. The drums kick in on the chorus, along with the slide guitar to create a big sound. Overall, a very easy, pleasant listen.

I personally am someone who doesn’t listen to lyrics in songs as much as I do the instruments. For me, I like this song because it has a really fun, pleasant sound. The other good thing about this song is that if you are someone who likes to listen to lyrics, there is something for you too. Overall, “Justified” is a well written song with something for everyone. A song that I know I will continue to play, long after it leaves our heavy rotation. Go check it out.