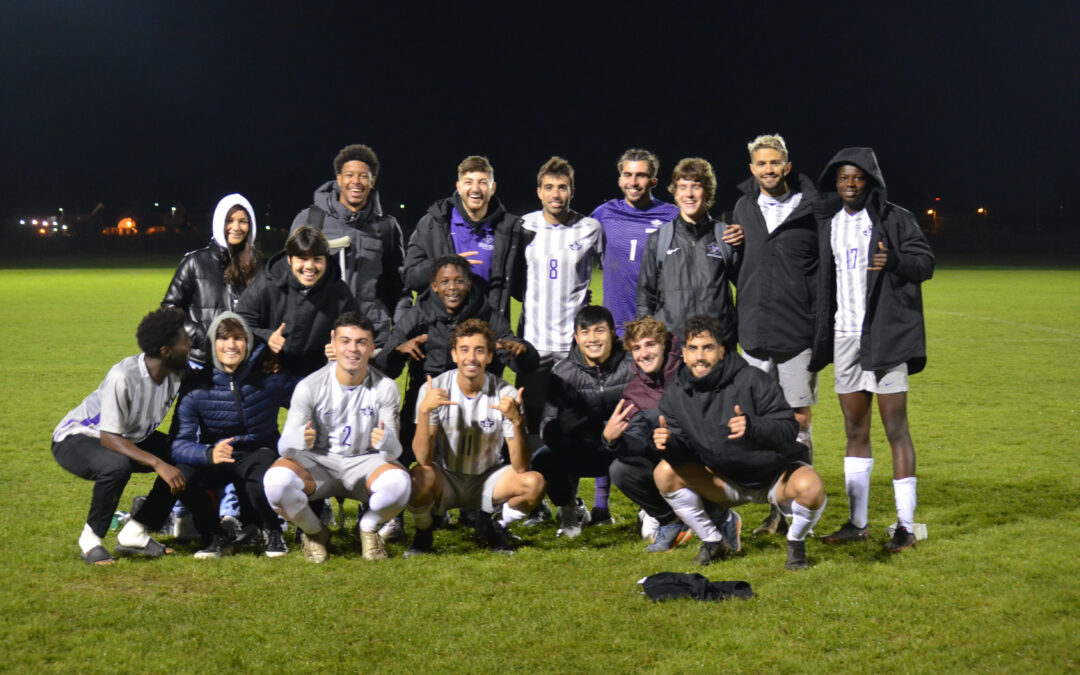 As the Goshen College Soccer Season came to a close, the Globe Sports Crew noticed an interesting dynamic within the men’s team.

Of the 38 players on the men’s roster, 10 are Brazilian, and one is of Portuguese descent.

This influx of Portuguese speaking players has brought a new dynamic of connection to the team.

Our Sports crew sits down with center-back Eduardo Curvo, as well as goalkeeper Matias Da Fonseca to get the inside scoop on what kind of impact a second-language can provide for the Maple Leafs.

Da Foseca believes that the second-language provides a big advantage for communication both off the pitch, as well as on, as it allows the players to communicate strategy on the field without the opposing team being able to understand.

According to Curvo, the team speaks English in practice when they can, but often slip into Portuguese for crucial sequences in order to make sure that the communication is clear.

With the men’s team ending their season with their best record since 2018, the team has a bright future ahead of them, as the players look to keep the Portuguese connection alive.

You can find out more about Maple Leaf Athletics online at goleafs.net.