Bristol, Indiana: The Corn Dog Capitol of the World 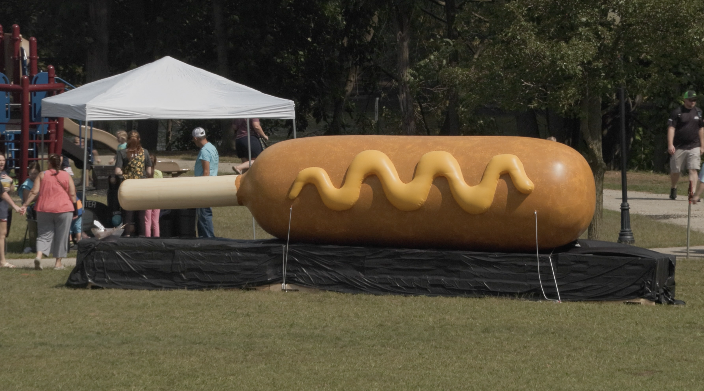 BRISTOL, Ind. — If you’ve ever been to Bristol Indiana, you’ve likely had the smell of corn dogs hit your nose at least once or twice.

That’s because of Monogram Foods, which produces several million corn dogs in the city each week, both on-and-off the stick.

With support from the city, Monogram Foods decided to help make Bristol the official Corn Dog Capitol of the World.

In an effort to reinforce the new nickname and gather the community together, Monogram Food hosted the first annual Corn Dog Festival, and got the large turnout that they were looking for.

The main attraction? You guessed it. Corndogs!

But beyond the tasty breaded treats, there was also, games, contests, live music and more.

The festival itself was all for a good cause; every Corn Dog Festival t-shirt sold had its proceeds donated to the Bristol Food Pantry.

If you missed out on the festival this year, not to worry: Monogram Foods is already planning for the Corn Dog Festival to return in 2023.