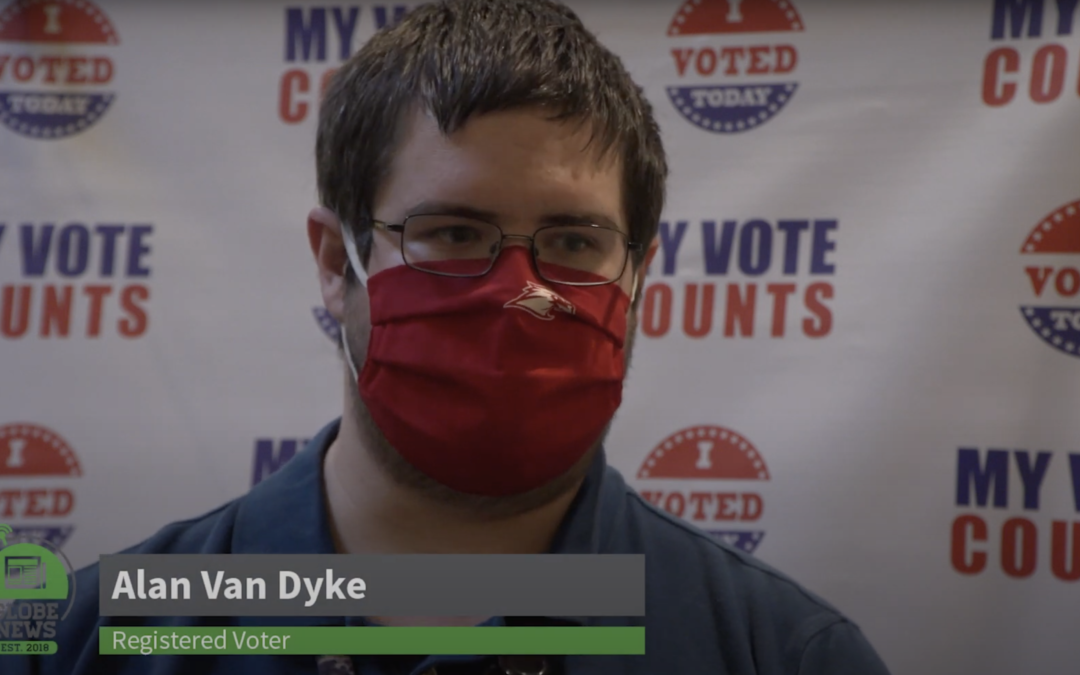 With record numbers of mail in voting both locally and nationally, some still decided that they wanted to vote in person at the polls on November 3rd.

Alan Van Dyke was one of those who showed up at the Greencroft polling location on Election Day.

“Voting in person in very important,” Van Dyke said. “If you vote early and say something happens in the news…’oh hey this person did this,’ and it doesn’t agree with you, you still have that opportunity to make your decision on the day of the election.”

Van Dyke had some initial worry about voting in person at the beginning of the pandemic, but “as more information was given out,” Van Dyke said. “I felt more comfortable coming out.”

Local polling centers took necessary precautions to ensure that all voters could use their voice and stay healthy. Dennis Hopman, the supervisor of the Greencroft community center polling location, did not want to put any voter at risk.

“We have all sorts of PPE (Personal Protective Equipment),” Hopman said. “Wipes for the pens and everything from q-tips to touch — to select the candidates.”

“That way we’re not touching the screen and having to clean it all the time,” Hopman said.

Some community members were uneasy not knowing when the election results would be final, but Hopman described how the ballots would be counted.

“Once everything is done, then we will shut down the machines.” Hopman said, “We will take all the ballots, we’ll take all of the computer chips and everything to the county courthouse to the election center.”

“That way they can immediately start counting all of the ballots,” Hopman said.

After the votes were tallied, the winners for the Elkhart County council are Thomas W. Stump, Tina M. Wenger, and Adam Bujalski. The Elkhart County Treasurer is Tina M. Bontrager. And your Goshen school board members are Bradd A. Weddell, Maria Sanchez Schirch, and Allan Kauffman.