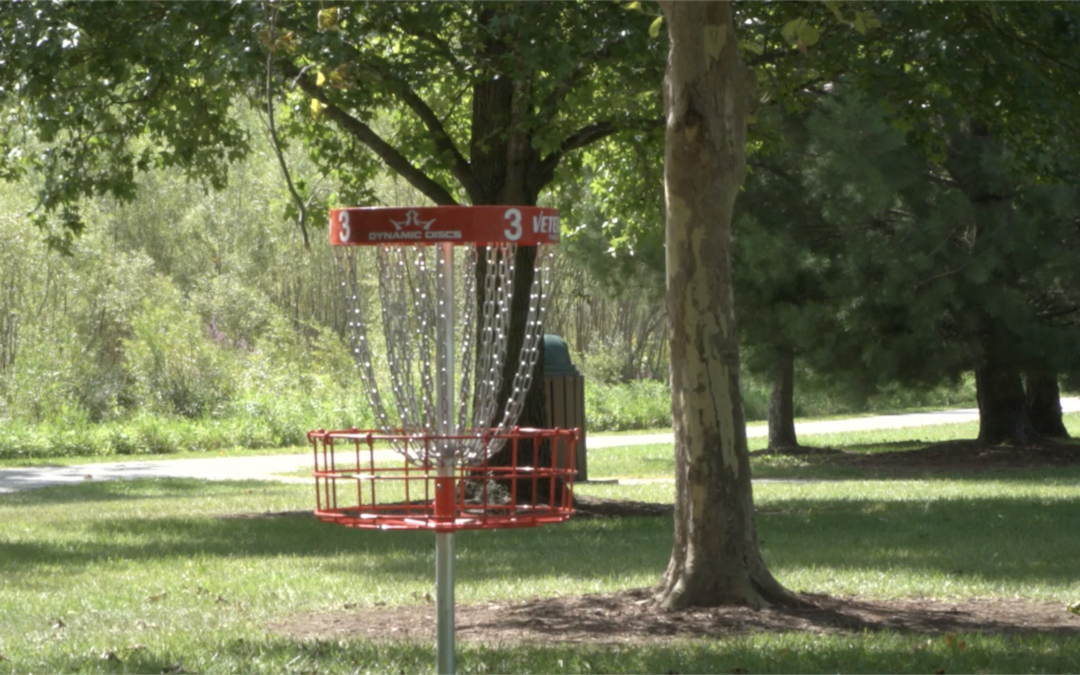 A new sport has taken over the Goshen community!

While not considered to be the most traditional sport, the game of disc golf is not without its fans. Modern disc golf traces its roots back to Canada in the 1960s. What began as a game amongst friends and students at Rice University in Texas, has spread not only across the US, but across the world, and over the past several years, the sport’s popularity has grown exponentially within the Goshen community, including with the Goshen college crowd, families, and even younger generations.

In addition to a local course at Ox-Bow county park, and in neighboring counties such as Syracuse and Wakarusa, the disc golf craze has spurred Goshen’s love of the game with the opening of two brand-new disc golf courses within a mile of each other, and less than 2 miles outside of the downtown area.

Each course is a nine-hole section, with one location at Mullet park, and the second course named DISCiples at the Life Center in Goshen. The course at Mullet park grew from an idea shared by avid disc golfer Stuart Meade, who believed that the once empty Mullet park just outside downtown Goshen was being underutilized. Meade and his step-son drew up a proposal for the Goshen Parks Department, and soon after, a new course was born.

The DISCiples course at the life center, less than a mile from Mullet park, had what most would consider a rough start being created in July of last year in the midst of the pandemic, but Life Center pastor and DISCiples course organizer Chad Yoder sees the pandemic as a driving factor in the sports popularity, as more and more people are looking to participate in outdoor activities. Both courses are completely free to play, and open for all to attend. Whether it’s a friendly game, a fun activity for the family, or an intense competition, fun times in Goshen could be just a disc throw away…