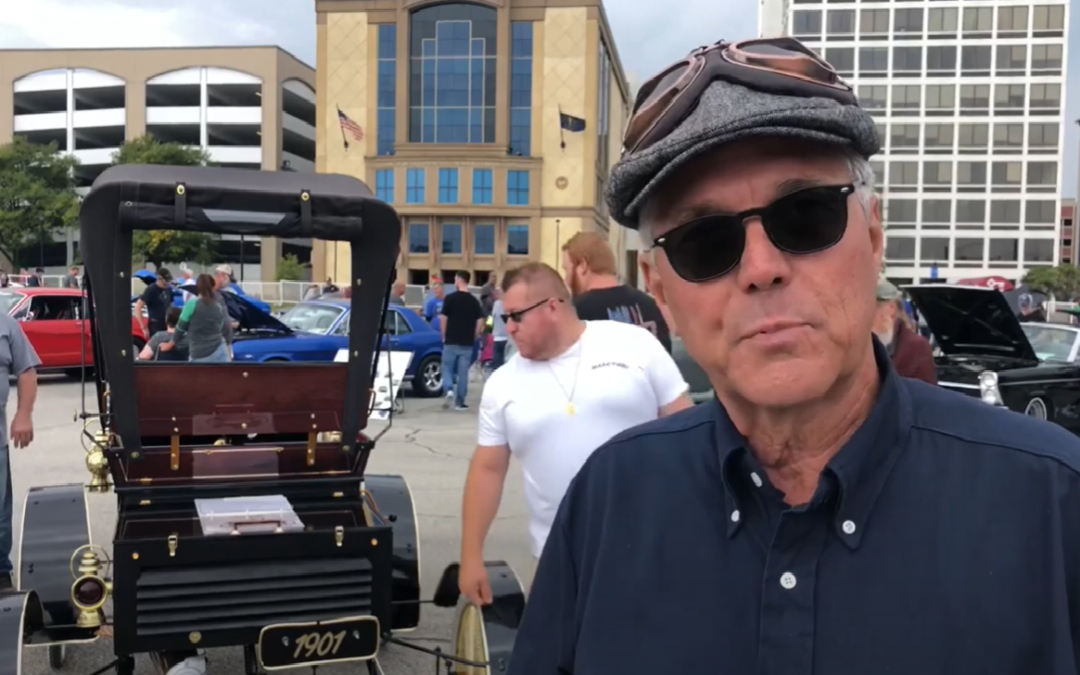 On Saturday, Sept. 12, the South Bend Auto Show attracted over 2,000 people, following social distancing guidelines. While many of the people in attendance were car enthusiasts, there were a few people who cited a reason why they attended the Auto Show was “to do something fun away from home.”

Over 100 vehicles were registered to be shown at the Auto Show, including a car redesigned by Anthony Fizer to model his favorite superhero.

“I fell in love with the color,” Fizer said. “It was voodoo blue…and with the background, it matched perfectly just to do Spider-Man.”

Fizer has always loved Spider-Man, and he wanted to give his own mark to his vehicle.

“I strongly believe that if you have a car, make it your own,” Fizer said.

“It was made by a company in Lakeland, Florida back in 1958 to replicate a 1901 curved dash olds,” McAlpin said of his registered vehicle.

McAlpin bought two of these models in the spring, and he fixed up one of his curved dash old replicas so he can bring it to the Auto Show.

“I powder coated it, clear coated it, and rebuilt it, put a different engine in, changed the gearing…and just kind of redid the whole car,” McAlpin said.

Aside from the automobiles, attendees were able to enjoy concessions and a live performance from locally based 80/90. The community is anticipating another auto show in South Bend in March 2021.