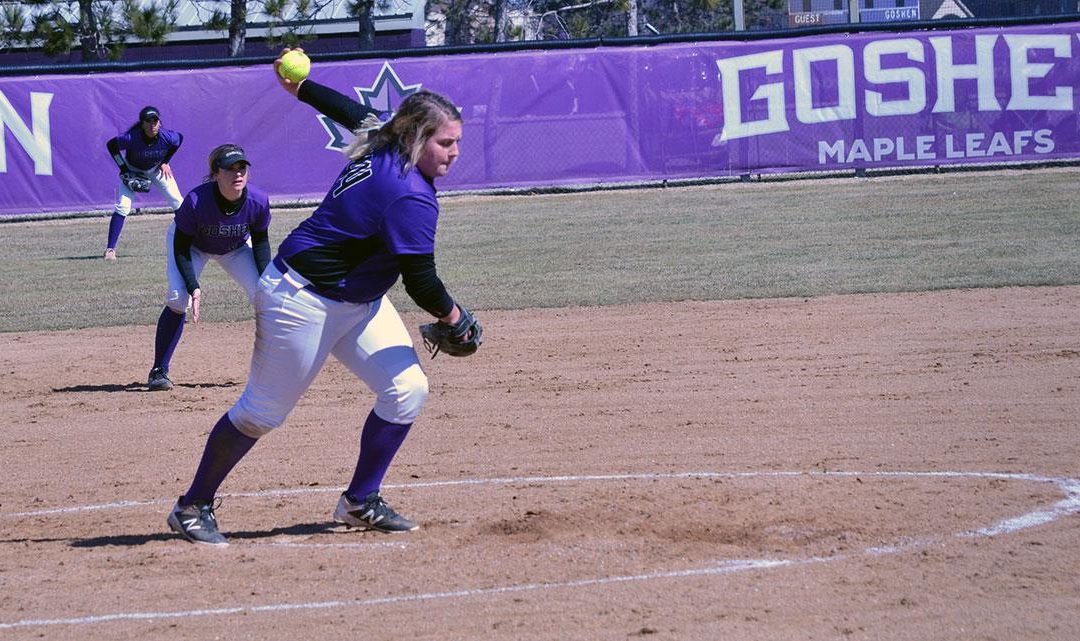 The Goshen College softball team is now underway in their new season. Tanner Camp finds out how the team has improved from last year and what adjustments still needs to be made.

He talks with Juliaclare Plezbert, head coach for the team, to find out how practices and games have been different compared to her first season. In her first season, Plezbert led the Maple Leafs to their first appearance in the Crossroads league tournament since 2013. After their first four games, which the team went 1-3 Plezbert talks more about how each game was about getting better everyday and finding ways to improve in different aspects of the game.

Katherine Boyer, senior second baseman, explains Plezbert’s mindset coming into practices and how her message is to always finish each drill just like they would in a game. Boyer was also happy with the team’s defensive performance in their first four games and that the offense will improve with more time at the plate. In her final season, Boyer also talks about how she wants to leave a legacy of someone that they want to be like and have the same leadership role as Boyer has.

The team will be back in action starting February 21st, where the team will travel to Arkansas, Texas, and Oklahoma for a week’s worth of games. More stories like this can be found on our website at globeradio.org