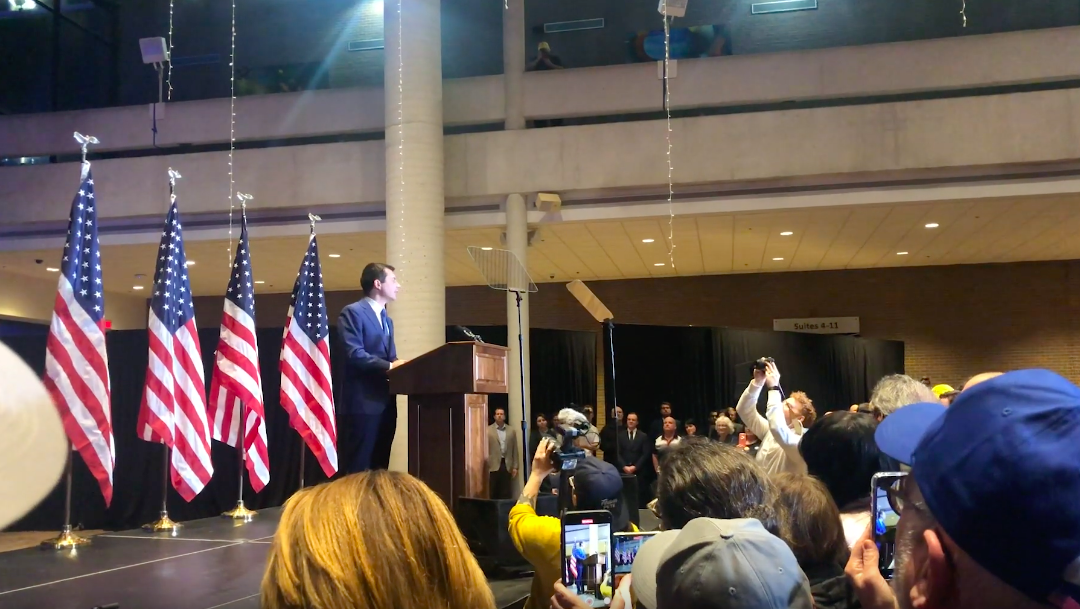 Sunday, March 1st was the last day of the presidential campaign of former South Bend Mayor Pete Buttigieg. Buttigieg made the announcement in front of a crowd of his supporters at 8:30 Sunday night.

Many in the crowd were proud of the campaign he ran while still being sad to see their pick bow out of the race. University of Notre Dame Freshman, Sierra Stinson, has this to say about the campaign suspension. “My first reaction was automatically I was hurt. I was sad because he’s the one I was able to rally behind someone, I was able to not see my race and not be able to see my voice. So of course, that had some sort of effect on me. However, then I started to think about how honorable it was that you would do something like this, especially with Super Tuesday coming up this week.”

In Buttigieg’s speech he those thanked who supported him and his campaign. He also acknowledged that if he was to be true to his values and what his campaign was about it was time to suspend his campaign. Buttigieg said, “a year of going everywhere meeting everyone defying every expectation seeking every vote. The truth is that the path has narrowed to a close for our candidacy, if not for our cause. And another of those values is responsibility. And we have a responsibility to consider the effect of remaining This race any further. Our goal has always been to help unify Americans to defeat Donald Trump and to win the era for our values.”