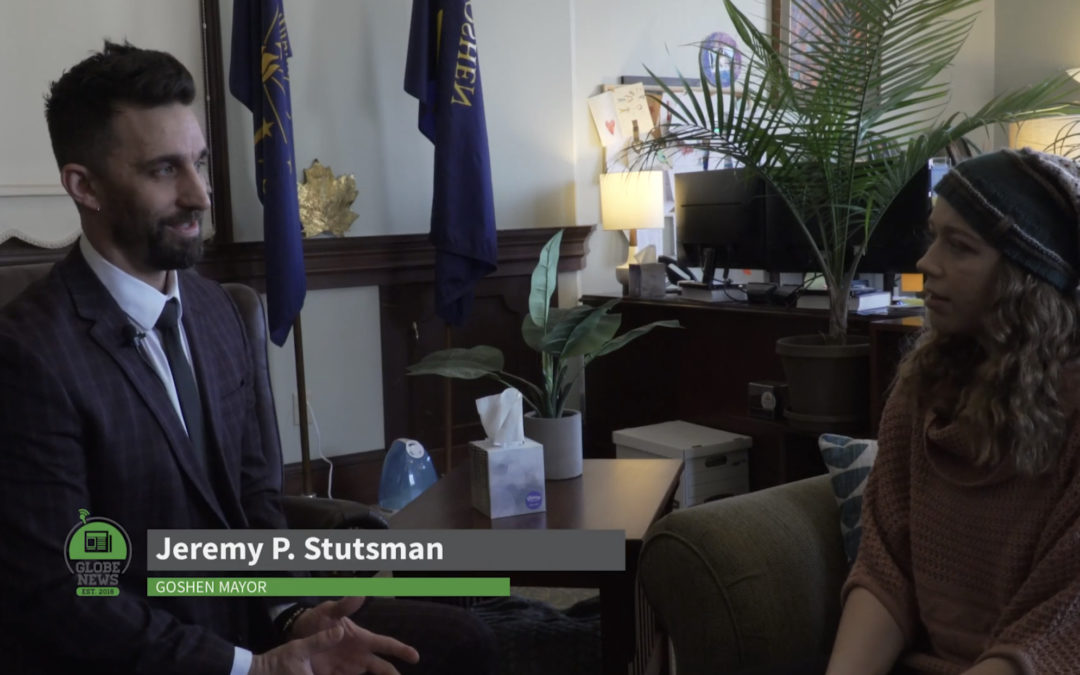 Goshen Mayor Jeremy Stutsman has served the community as an elected official for the last 12 years, and the last four years, he held mayoral office in the city of Goshen. As his current term for mayor approaches an end, Stutsman reflected on his time, so far, in government office.

“One thing I’m really proud of,” Mayor Stutsman said, “is the ability of the elected officials in Goshen…we truly work together.”

Mayor Stutsman may identify politically as a Democrat, but he views everyone with the same lens.

“I’m on the Democrat ticket, but I just do my job,” Mayor Stutsman said. “I don’t worry about Democrat-Republican at all…it’s all about working together”

Mayor Stutsman spoke about this year’s upcoming election in Goshen.

“All seven council members, the clerk treasurer, the city court judge, and the mayor are all up for re-election,” Mayor Stutsman said.

Mayor Stutsman encourages the people of Goshen to “get out there and vote” because “the more our community participates at that level…the more it brings us all together.”

Mayor Jeremy Stutsman is on the ballot for re-election this year. The Goshen primaries will be May 7. Elkhart County voters can register at the Voter Registration office, located at 117 N. Second St., Goshen (lower level).