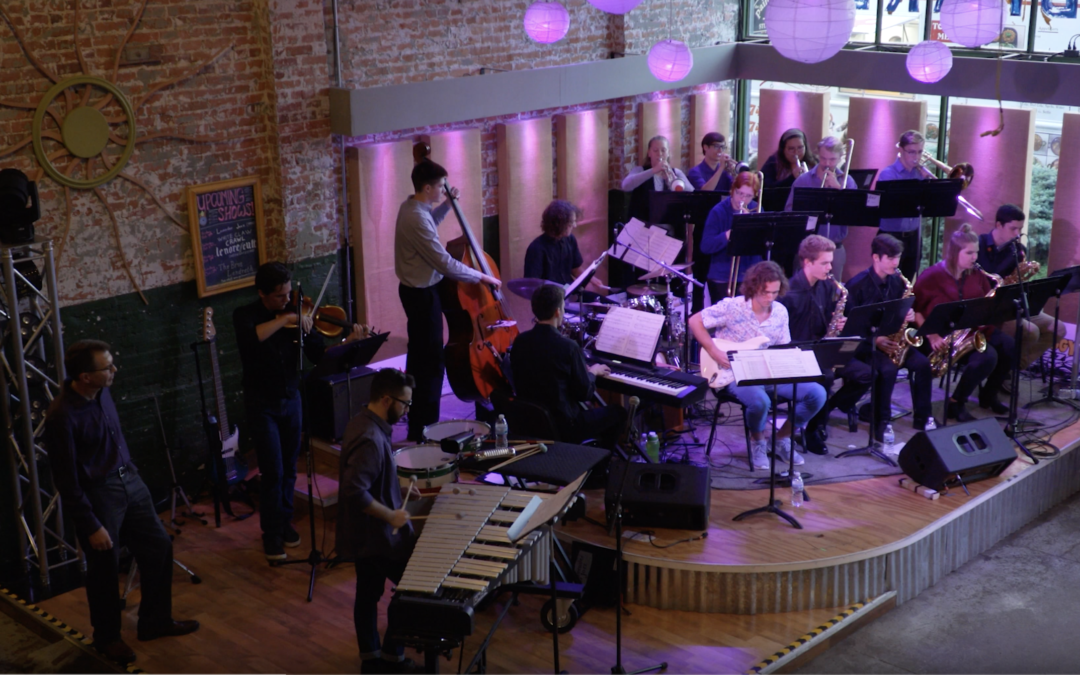 Lavender Jazz Band Director, Greg Smucker, decided to match the homecoming theme of First Fridays and invite alumni of the ensemble. Smucker said this about the process of inviting them. “I knew that there would be some alumni in town and then I started thinking about all the former band members and that goes back to 1970 something 76 maybe. So I started gathering all the names and it turns out there’s over 300 alumni. So when I put together a list and started thinking maybe they’ll show up.” Smucker also had this to say on the song choices he made for the show. “Well maybe the most notable one is called Pink Panther by Henry Mancini and that one was used as an encore for many years. So that will be fun. I hope that there’s some former band members that are there to hear that because that would be fun. And also some of the more 70s and 60s tunes that we’ll be playing.”

We spoke with some alum about their time in lavender jazz and how the current ensemble is doing 1994 alum, Chad Harshbarger said this about his favorite memories playing in Lavender Jazz. “l loved playing in Union hall when we played there and the tours we would always go on tour for a week every year. That was a blast oh great memories from that.” 1994 alum, Dean Altstaetter, had this to say on how the lavender jazz band is doing well and how it brings back good memories of when he was in the group. “I just think they sound great this year. And you know it brings back memories of when we were here just coming out of high school not all of us knew how to improvise and just talking to the director he’s got them interested in improvisation and some of the classic quintessential tunes of the jazz era.”