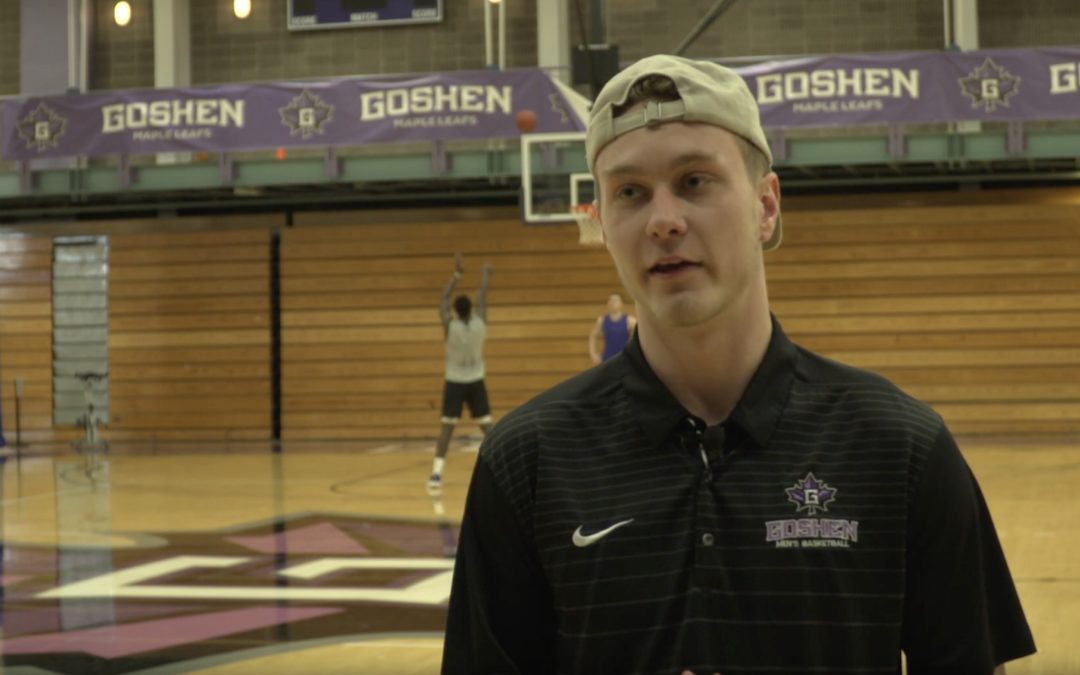 Carter Boos is in his final season with the Goshen College men’s basketball team. While he has faced many injuries over the course of this season, Boos says that he is sad that it is coming to an end and he is looking forward to the remaining games that he has left in his career.
Boos is the only player on the team to play all four years and was part of the team in the 2015-2016 season that made the Crossroads League tournament, advancing to the semi-finals.
While he enjoyed that moment, Boos talks about the lifelong friendships that he has made over the course of his career.