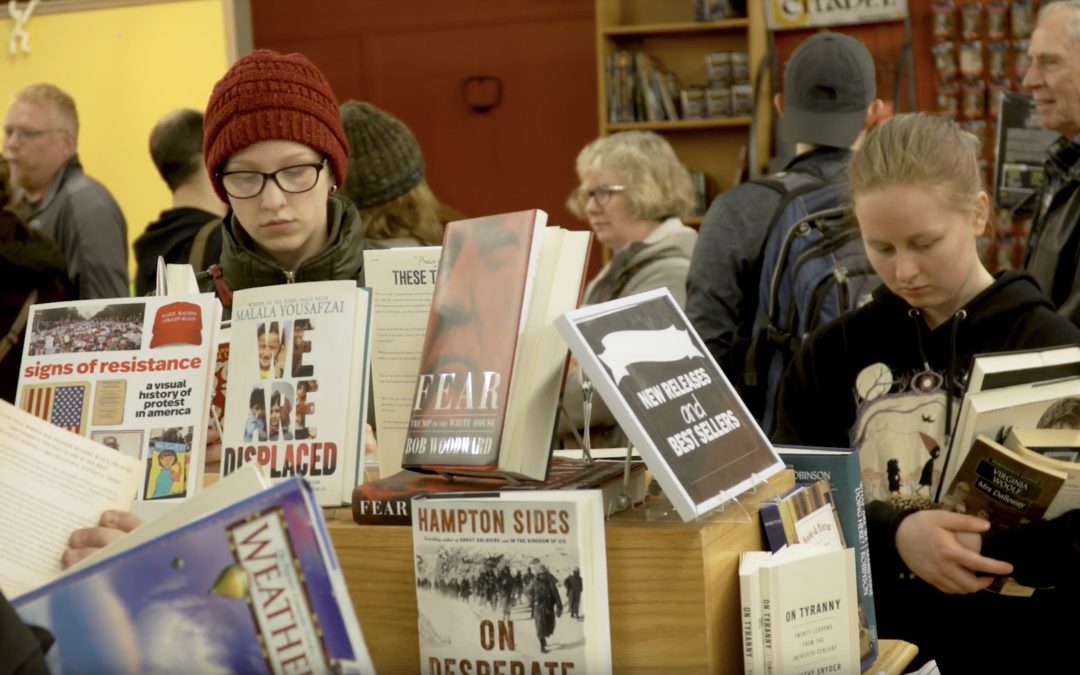 After ten years of service Better World Books in downtown Goshen is closing its doors. News of its closing spread quickly amongst the Goshen community, many people heading to the Washington Street store on Saturday to purchase discounted books. General Manager for the past four years, Rick Neubert told Globe News, that he will miss all the people he has come to know working at Better World Books.

Many community members also said how much they will miss the store that has become a pillar of the Goshen community. Goshen High school employee, Lucas Kauffman said he had been a patron of Goshen’s local bookstore since it had moved onto Washington street, and that it will be sad to lose the store and the great service they provided to the community. Goshen college freshman, Joel Yoder said he will miss the great people that worked at the store, he appreciated that Better World Books always had what he was looking for and that its closing will be a big loss.

According to a Facebook post by Better World Books, they are moving back to a primarily online store. The Goshen location is the last physical store for Better World Books and they will be having clearance sales throughout the month of March before they close their doors indefinitely on March 30th.